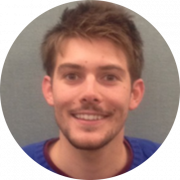 Can we use new techniques to measure pan-Arctic sea ice thickness from the satellite radar altimeter Cryosat-2 during summer months, for the first time?

Jack is a Lecturer in Geodesy at the University of Bristol. He completed an Undergraduate Degree (B.Sc.) in Physical Geography at the University of Durham, U.K. in 2009, followed by a Masters Degree by Research (M.Sc. Res.), specializing in airborne LiDAR remote sensing, at the same institution in 2011. He completed his doctorate (Ph.D.), specializing in Arctic sea ice geophysics and remote sensing through LiDAR and satellite laser altimetry, at the University of Manitoba, Canada in 2016. Between 2016-2017 he was a postdoctoral research fellow at the University of Manitoba, leading a project to measure sea ice thickness in the Canadian Arctic through satellite laser & radar altimetry, as part of the CFI/NSERC BaySys Program. He is a member of the Institute of Electrical and Electronics Engineers, including the Geoscience and Remote Sensing Society, and the American Geophysical Union.