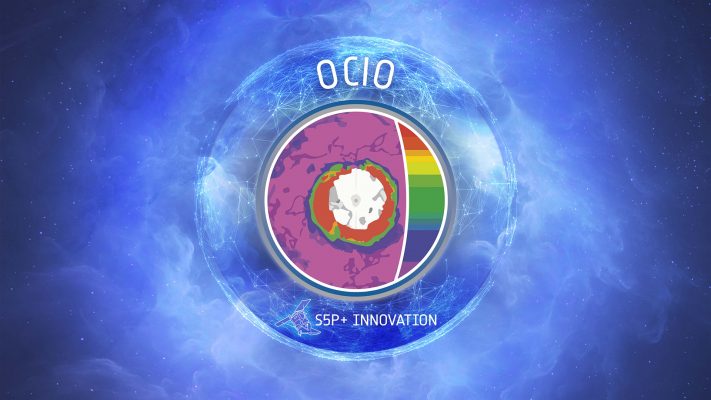 The S5PI+ OClO project is one of the seven themes of ESA’s Sentinel-5p+ Innovation activity, which aims at developing products for the TROPOMI instrument on the Sentinel-5 Precursor satellite which are not yet part of the operational processor. The Copernicus Sentinel-5P satellite was launched in October 2017 and provides operational data since July 2018. This mission is intended as a gap-filler between the time series of the former instruments GOME and SCIAMACHY, the still operating OMI and the future Copernicus S5 instruments.

The stratospheric ozone layer plays an important role for life on Earth as it absorbs a large part of the harmful UV radiation coming from the sun. The amount and vertical distribution of ozone in the stratosphere is determined by transport and by an equilibrium between chemical ozone production on the one hand and catalytic ozone destruction cycles on the other hand. Anthropogenic emissions of long-lived halogen containing substances such as CFCs and halons have disturbed this equilibrium as additional reactive halogens have been released in the stratosphere. This lead to global reductions in ozone columns and the annual appearance of the ozone hole over Antarcica in austral winter / spring. Strong ozone depleteion is also observed in Arctic winter / spring but only in years where the stratosphere is cold enough to facilitate formation of Polar Stratospheric Clouds (PSCs). As a reaction on the rapid loss of stratospheric ozone, the Montreal Protocol was signed in 1987, phasing out the emissions of many long-lived halogen containing substances. Several amendments to this protocol have in the last decades lead to further and more rapid decreases in emissions of of ozone depleting substances, and stratospheric halogen levels are already decreasing. Because of the long lifetimes of the emitted substances, it is expected that return to the ozone levels of the 1980s will take at least until 2050.

Stratospheric chlorine activation can be monitored directly by measuring ClO with microwave radiometry. In the UV/visible spectral range, the OClO molecule can be retrieved as it has a structured absorption spectrum. As the only known formation of OClO is by reaction of ClO and BrO, the amounts of OClO are proportional to the concentrations of these two species. With BrO concentrations being much less variable than those of ClO, OClO can be used as a quantitative measure of chlorine activation at least at solar zenith angles around twilight.

Retrievals of OClO have been performed for all UV/vis heritage instruments (GOME, SCIAMACHY, GOME2, OMI) and the S5P OClO product will act as a continuation of these timeseries. Atmospheric profiles of OClO have also been retrieved from SCIAMACHY, OSIRIS and GOMOS measurements, providing additional information on the vertical distribution of OClO. For the validation of the S5P OClO product, ground-based observations of OClO from instruments in the NDACC network can be used.