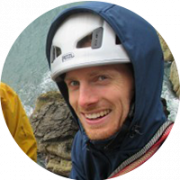 Is it possible to develop an automatic detection algorithm, based on deep learning and InSAR time series, that outperforms a human expert in volcano monitoring through InSAR features?

Matthew has been at Leeds since 2014 and was initially a PhD candidate, before completing his studies and becoming a postdoc in 2019.  Since July 2020, he has been a European Space Agency Living Planet Fellow, and is part funded by the Centre for the Observation and Modelling of Earthquakes, Volcanoes and Tectonics (COMET) and the DEEPVOLC project.  His work has focused on monitoring subaerial volcanoes by using machine learning methods to interpret interferograms created by the Sentinel-1 satellites.

Prior to his time at Leeds, Matthew completed a Master of Earth Science degree at The University of Oxford (2006-2010), in which his thesis examined the role of normal faulting in the extension of the Tibetan Plateau.  Between 2010 and 2014, he split his time between working in the ski industry and secondary education.

My fellowship will seek to develop a deep learning based model that is able to monitor the majority of the world’s subaerial volcanoes using satellite based measurements.  This algorithm will incorporate a model that is trained solely on time series of SAR data, and so does not require pre-training on databases of natural images (e.g. ImageNet).  Additionally, the model will feature complementary and diverse inputs, such as phase, coherence, and amplitude.

Matthew Gaddes, Andy Hooper, Fabien Albino. Simultaneous classification and location of volcanic deformation in SAR interferograms using deep learning and the VolcNet database. The preprint is hosted on EarthArxiv, and the code used in the manuscript on GitHub.