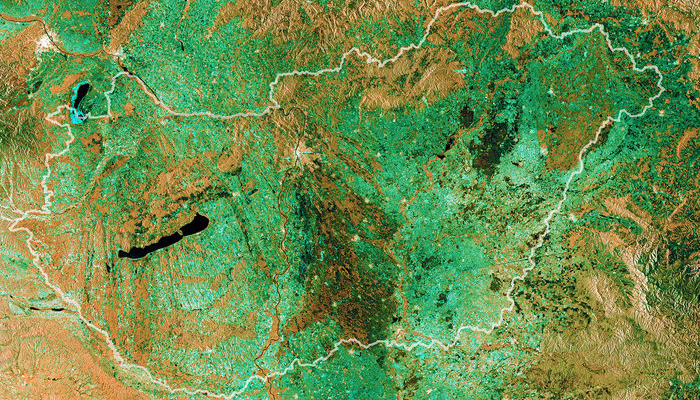 As part of the Scientific Exploitation of Operational Missions (SEOM) programme element, the European Space Agency (ESA) organised an Advanced Land Training Course devoted to train the next generation of Earth Observation (EO) scientists to exploit data from ESA and operational EO missions (e.g. the Sentinels) for science and applications development.

A total of 78 post graduate-level, PhD students, post doctoral research scientists and users from Europe, Canada and from other continents attended the 6-day course, which was held at Szent István University (SZIU), Hungary, from 4 to 9 September 2017.

The course provided advanced scientific knowlenge on theory and applications of land remote sensing. It was organised around five main components:

A half-day field excursion involving in-situ and drone observations was held during the week, followed by analysis and comparison of the collected data to satellite data at the end of the course.

Access here below the full programme and training material (both theory and practicals).