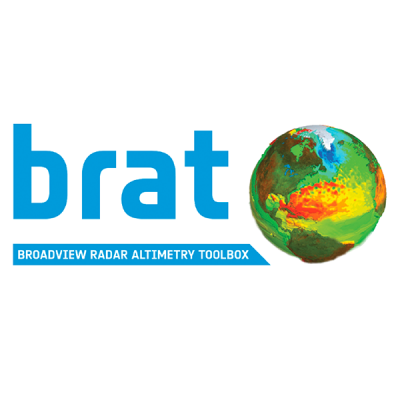 A tool designed to use radar altimetry data

The universal altimetry toolbox BRAT (Broadview Radar Altimetry Toolbox) is a collection of tools and tutorial documents designed to facilitate the processing of radar altimetry data. It can read all previous and current altimetry missions’ data. It incorporates the capability to read the Sentinel-3 L1 and L2 products. ESA endeavoured to develop and supply this new capability to support the users of the Sentinel-3 mission. The toolbox is freely available. The BRAT suite is mostly made of command line tools, of which the Brat GUI is the front-end. BRAT can be used in conjunction with MATLAB/IDL (via reading routines) or C/C++/Python/Fortran via a programming API, allowing users to obtain the desired data, bypassing the data-formatting hassle. BRAT can also be used to simply visualise data quickly or to translate the data into other formats such as NetCDF, ASCII text files, KML (Google Earth) and raster images from the data (JPEG, PNG, etc.). Several kinds of computations can be done within BRAT, involving both user-defined combinations of data fields that can be saved for posterior use and the BRAT’s predefined formulas from oceanographic altimetry. BRAT also includes the Radar Altimeter Tutorial, which contains an extensive introduction to altimetry, showing its applications in different fields.