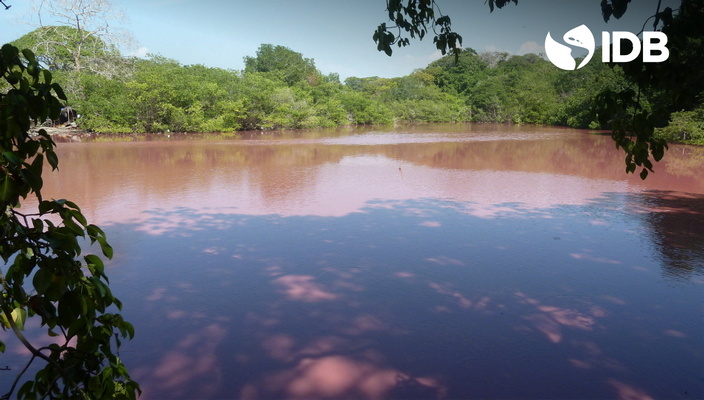 EO Clinic: Urban and Territorial Land Use Planning in Mexico and Colombia

During the last decades, the rapid and unplanned urbanization process in LAC (Latin America and the Caribbean) has resulted in daunting challenges. While in 1960, only 49.5% of the population lived in cities, by 2019, the urbanisation rate has reached 81%. This rapid urbanisation process, characterised by unplanned growth, has resulted in an uncontrolled and low-density expansion of the urban footprint, exacerbating daunting challenges for the region’s development, such as: 1) disproportionate occupation of land to population growth and inadequate patterns of land use; 2) housing and infrastructure deficits that result in informal housing and settlements; 3) limitation of institutional capacities and resources; 4) increasing proportion of the population living in poverty; and 5) growing environmental and social inequities.

Fragmented and unplanned urban sprawl has pushed low-income households to the peripheries, mainly to risk and degraded areas, usually distant and disconnected from the cities’ social and economic activities, driving unregulated informal housing production. Some of the drivers of these issues are the lack of urban and spatial planning capacity at the local level including the lack of tools and urban planning mechanisms, and that urban policies have been focused on finance infrastructure without creating mechanisms to ensure access to serviced and well-situated land for integrated development.

Through the proposed activity IDB and its clients would like to gain a better understanding of the interac-ti0ns between urban areas and their wider hinterland, for two cities: Hermosillo (Mexico) and Cartagena (Colombia). While the evolution of the urban areas themselves is relatively well-known, there is little in-formation about the transformations on a wider, regional scale, in particular regarding linkages between urbanisation and water availability, changes in agricultural practices and in general transformations of land use classes before and after some specific historical events that took place in the wider urban areas and relevant major river basins.

The Bank activity is part of an initiative that will support the application of mechanisms to manage spatial planning in LAC cities and regions, where IDB’s objectives are twofold: 1) to identify urban densification and expansion patterns of cities, based on evidence from statistical analysis of the spatial dynamics and from case studies, and 2) to understand if the territorial planning processes that cities have undergone are creating adequate room for densification – within existing urban footprints and on their peripheries – for the industrial, commercial, civic, cultural, and residential activities, ensuring that cities are productive, equitable, sustainable and climate-resilient.

The initiative will offer evidence for local authorities to get a realistic sense of how much land needs to be prepared to improve urban expansion between 2020 and 2050 and the territorial planning for the hinterland at the regional scale. It will also propose strategies for territorial planning, emphasising the policy implications of the findings and on how they can lead to real improvements in territorial planning practices in the region.

The two selected cities represent two extremes in terms of water availability: scarcity in Hermosillo and abundance in Cartagena. Common for both cases is the need for information on the bigger, regional picture, on the connections between urban areas and their hinterland, and the transformations that have taken place affecting the entire landscape. The Bank team is interested in finding and showcasing evidence of how crisis events impact the entire natural environment.

The Situation in Hermosillo and the Sonora and Yaqui River Basins, Mexico Hermosillo is the capital and largest city in Sonora State, as well as the primary economic centre for the state and the region. As of 2015, its metropolitan area had a population of approximately 900,000 inhabit-ants, which is effectively more than double of what it was in the 1990’s. The city is critically short of water and needs to reach deep into its rural hinterland to meet its needs. Water reaches the city from a number of sources, including wells and aqueducts along the river Sonora upstream from the city. This often encroaches on local, rural, traditional, and frequently indigenous ways of managing its water and land re-sources, and restricts development of the local and regional economy

With the inauguration of the Independencia aqueduct on March 30 2013, the city now receives a substantial share of water also from the Yaqui river basin, adjacent to the Sonora basin. The aqueduct connects to the Plutarco Elias Calles Reservoir at El Novillo. This development often stands against the interest of agricultural producers and Yaqui native people in the basin, with uncertain long-term impacts on the social-ecological systems of the affected basins. A major event to further complicate the water availability and overall situation in the two river basins took place on 6 August 2014 through an accident at the Buenavista del Cobre vast open-pit copper mine at Cananea in the northern part of the Sonora river basin. Considered one of the worst environmental disasters in Mexico in modern times, the spill of copper sulfate solution into a tributary of the Sonora River affected seven municipalities with over 20,000 people. The Arroyo Las Tinajas and Bacanuchi rivers as well as the main stream of the Sonora River were affected.

The Situation in Cartagena and the Canal del Dique, Colombia Cartagena is the capital of the Bolívar Department in Colombia. With a population of approximately 1 million, it is the second-largest urban area in the region, and the sixth-largest in the country. The city and its beaches represent the nation’s principal tourist destination. The city faces the Caribbean Sea to the west, and the Cartagena Bay to the south. Since the 17th century the bay is connected to the Magdalena River by the Canal del Dique, a 114 km long navigation route.

After Colombian independence the canal was abandoned, increasing centralisation leaving the city without resources to maintain it. Rectification of the canal since the early 20th century, and the increasing deforestation along the banks of the Magdalena River have caused significant sedimentation in Cartagena Bay, affecting coral and wetland ecosystems in the region. The last important maintenance work was done in the 1950’s with some more improvements made by local authorities in the 1980’s. Notwithstanding smaller works, significant maintenance of the canal has been delayed. As a result of unusually strong La Niña year, in November-December 2010 parts of the canal embankments collapsed, causing severe floods with at least 174 casualties and thousands of homeless inhabitants . In recent years the national government is planning or has initiated specific upgrade and maintenance works to improve the navigability of the canal, reduce flood risk and increase overall economic prosperity in the region.