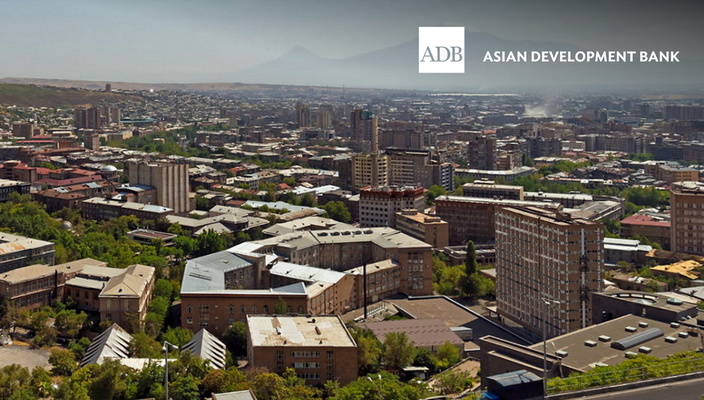 Regions of Armenia are characterized by deep and persistent disparities in terms of levels of their economic development. The regional disparities in Armenia worsened as the country moved from a centrally-planned economy to a market economy after independence from the Soviet Union in 1991.
Armenia’s urban sector is characterized by the dominance of Yerevan, which hosts over a third of the national population and accounted for 57.7% of Armenia’s GDP (2016). With an urbanization structure which is con-sistent with comparator countries (Balkans, former Soviet Union and allied countries with a population be-tween 1 and 5 million inhabitants), urban sector investments are consistently dominating in the primate cap-ital city. Armenia has only one secondary city with more than 100,000 inhabitants, Gyumri.
While Armenia’s single-centre national economic model allows for agglomeration effects, it also raises ques-tion about the development possibilities of other regions, especially of secondary cities at considerable dis-tance from the capital. Therefore, the main question is how to achieve more balanced economic growth, while harvesting productivity gains from agglomeration in Yerevan.
Infrastructure investment is increasingly recognized as one of the key factors behind long-run economic growth, as well as enabler of more equal regional growth—higher mobility of resources between and within regions can build equitable growth and spread economic gains more widely across growth centres and regions. During the last decades Armenia has made a sizeable improvement in hard infrastructure renovation and building; thousands got access to better education, healthcare and more. Nevertheless, significant gaps in the implementation of large-scale infrastructure projects remain. Certainly, this is not a purely Armenian phe-nomenon—advanced economies face similar challenges. As a result, many developed countries have gradually moved towards more robust institutional setups. For example, Governments of UK, Ireland and Australia have established corresponding institutions, which are equipped with the necessary level of independence and ex-pertise to bring the uncertainty related to infrastructure project delivery down. The institutional setup and the capacity building for sophisticated infrastructure projects are likely to be at the front and centre of the discus-sion about public capital spending in a foreseeable future.

The EO Clinic activation shall help identifying areas of permanent change in the physical urban- and periurban landscape in Armenia, reflecting changes in the economic activity, as observed via EO. The analysis will exploit optical and/or radar datasets to generate indicators spanning from the 90s (e.g. archived Landsat-6 and ERS data) until present (latest Sentinel-1 and Sentinel-2 data). A set of indicators will be derived that best fit the purpose of detecting and characterising some of the major changes over time.
This activity is exploratory in nature and provides mapping products and, most importantly, a synthesis of changes over the years. The proposed solution includes indicators on urban and peri-urban expansion, fragmentation and compactness. Land accounting for physical assets including transformation to and from urban on one side, and agriculture, forest and semi-natural/natural land, wetlands or water on the other, are calculated and presented as analytics.