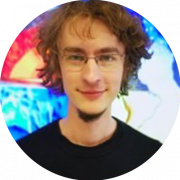 How can we advance our understanding of the Earth mantle structure in terms of density and velocity?

Wolfgang completed an Undergraduate degree in Physics of the Earth at Kiel University, Germany in 2012, followed by a Masters Degree in Geophysics in 2014.

The goal of the project is to determine density and seismic velocity within the mantle at a resolution appropriate for the GOCE gravity data. Importantly, the determination of present mantle structure should be independent of mantle dynamics, which are often invoked to determine mantle density. The joint interpretation of velocity and density can be used to estimate the magnitude of temperature and compositional variations in the mantle. In addition, uncertainties and trade-offs with crustal structure will be considered to determine the limits of resolution.