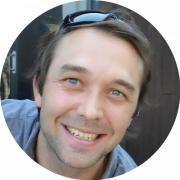 What details can we uncover about the Farley-Buneman, also known as the two-stream, plasma density instability in the auroral E-region ionosphere through utilization of the Swarm satellite constellation and ground based instrumentation?

Devin is a postdoctoral fellow in Space Physics at the University of Saskatchewan in Canada.  He obtained his B.Eng. (2010), M.Sc. (2013), and Ph.D. (2019) at the University of Saskatchewan, with his Ph.D. focused on the design, construction, and operation of a novel coherent scatter radar system to measure plasma density irregularities in the E-region ionosphere.  The radar is named ICEBEAR and will be utilized in conjunction with the instruments onboard the Swarm satellites and the Saskatoon SuperDARN radar for the studies to be performed as part of his Living Planet Fellowship project.  Devin is a part of the NSERC CREATE International Space Mission Training Program in Canada, as well as a member of the Association of Professional Engineers and Geoscientists of Saskatchewan, the American Geophysical Union, and the European Geosciences Union.